So, I have to admit, before this week I had no idea what a skittle mani was. Now I know that it's a gradient of colors with a different shade on each nail. A skittle mani can also be a bunch of different colors, but with the same finish or "feeling" to them.
I was so inspired by the sun being out that I wanted to do a skittle with holos. I looked trough my staff and found out the holo color I have to most of is pink, so a pink holo skittle it was.
From left to right: Makeupstore - Britta, OPI - Elegance, Catherine Arley - 800, Catherine Arley  - 677 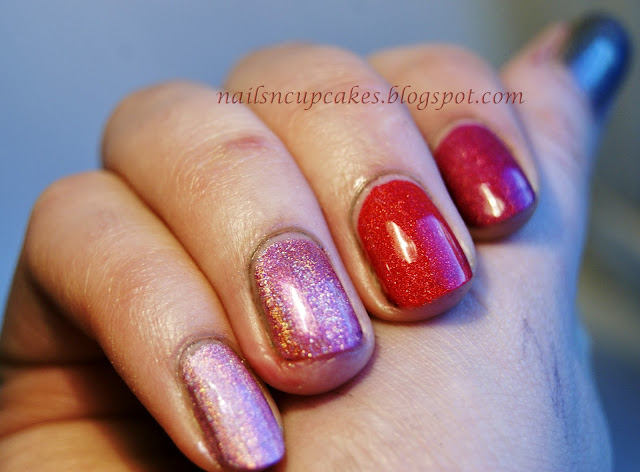 The pinks I had weren't that great together actually. The CathArleys were more red and purple than pink, but I still think it made a nice gradient. On the thumb I used A England - Ascalon, which isn't actually pink, but has pink undertones and a pink shimmer to it. It was the closest I could get to the darkest tone of the skittle.... 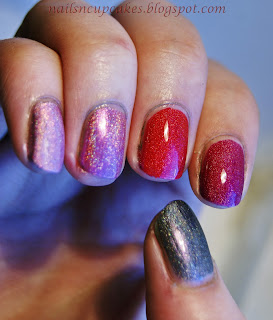 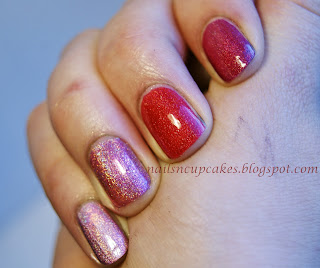 # Have you made skittle nails before?
# What do you think about this pink-holo combination?
kl. 13:44