Yey, first swatch of the new A Englands! Yes, I know, you have most likely seen this on the internet a million times, but now it's finally mine! And honestly, it's so pretty that more pictures of it won't hurt!
The name comes from the sword or lance that Saint George used to slay the dragon in the legend. Did I mention that this collection is inspired by the legend about Saint George slaying a dragon? All the polishes has names and colors inspired by details in the legend. 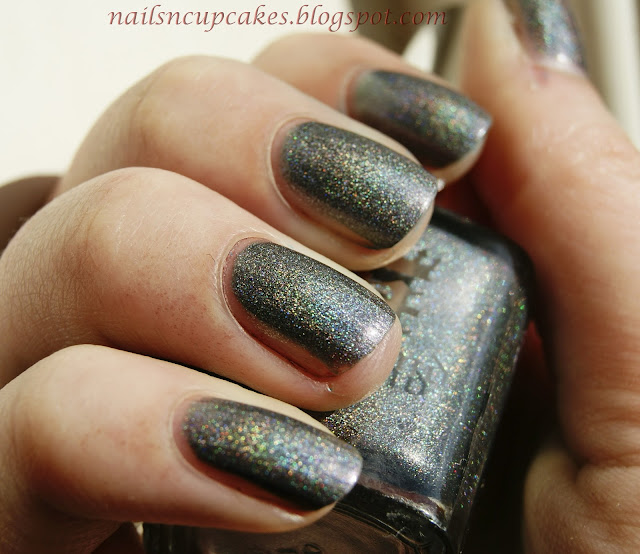 The color is a gray and pink duochrome holographic. The holo is pretty strong and amazing in sunlight. The pink duochrome is actually more of a mother of pearl shine to the polish. It's most visible in the shade.
Closeup 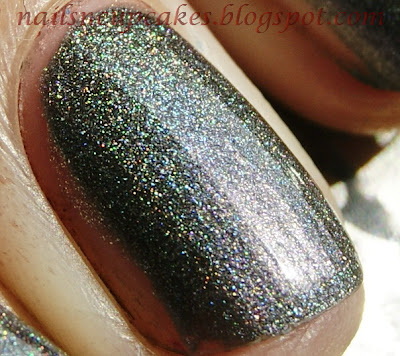 Formula was pretty good. A little thick, but very opaque! I used two thin coats, but it could have been gone with only one thick.
Not much more to say about it! And anyway, words are cheap compared to the pictures. Didn't get any good shots in the shade, but it's in the sun the magic comes out anyways! 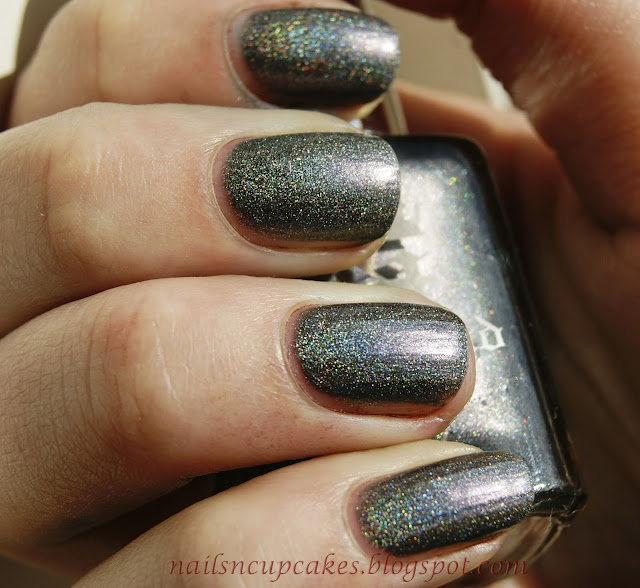