Iceberg Lotus is from last years spring collection from NiO. When I saw the bottle picture I knew I had to have it, even though I had never seen any swatches. Nothing could prepare me for the awesomeness this polish actually is. The strange thing is that I have barely seen any swatches of this on the internet. Is it a lost pearl that lacquer fanatics never found out about? I don't know. Here's my swatch of it at least!
This is a picture heavy post, so I added a jump after the first picture 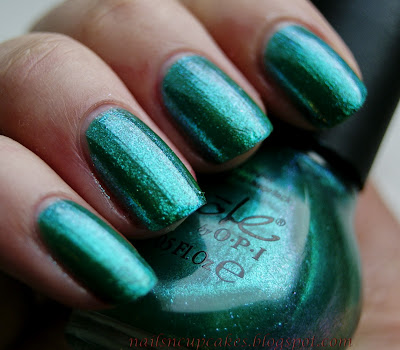 A turquoise shimmer/glassfleck with purple shimmer and purple duochrome. The duochrome looks like one of those that doesn't show on the nail only in the bottle, but to my delight it came out on the nail as well! Hard to capture on photo, much stronger irl. 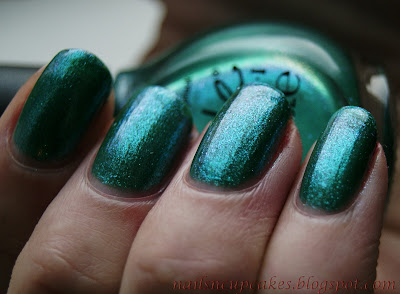 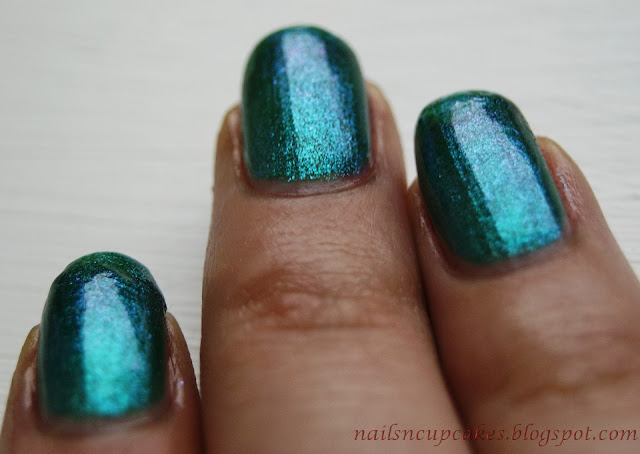 Formula on this was kinda thin. Needed three coats for opacy. It will be great for layering other green and blue lacquers. 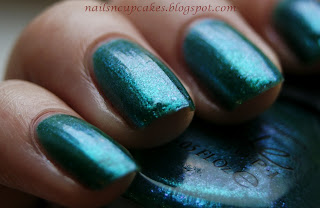 I love how it sometimes show as a strong green and sometimes blue. Such a oceany color. I also love the name a lot, makes me think of icy beautiful things. The color really matches it name. 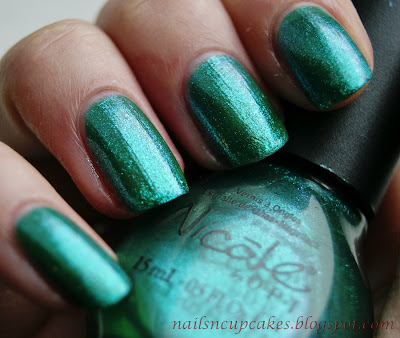 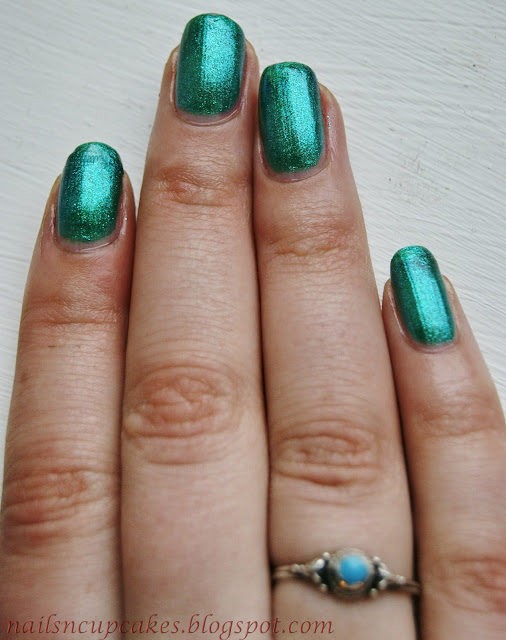 A warned you there was gonna be a lot of pictures! So hard to capture such a beauty in a snapshot. I'm looking forward to wearing it in the summer and experimenting with layering!
# What do you think of Iceberg Lotus?
kl. 02:16