I was planning to post this on Wednesday, but I have no internet home now! Gawd, so this is getting posted from my school...
Week four, Plaid. I've seen most others who've made this have been inspired by Burberry. I don't really have any relationship with Burberry so obviously I wanted to do something different. I used to always wear Scottish plaided skirts, at least twice a week, so I felt like being inspired by that! Black became the basecolor, and even though I wanted it more red and greenish I like how it turned out. 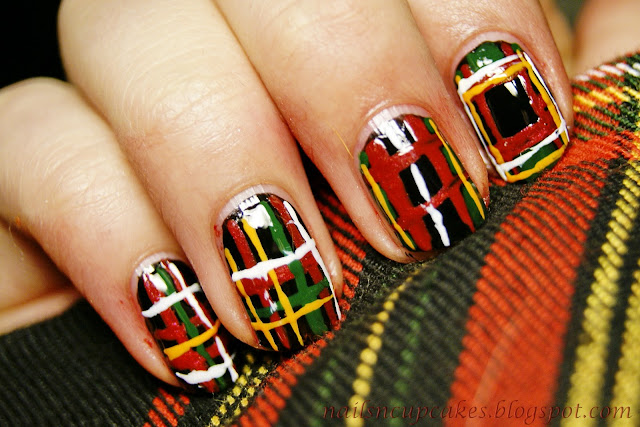 I did two tries for this one, first one turned out kinda bad, but second one was better. Here's the first try: 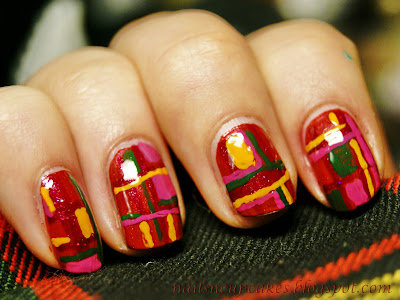 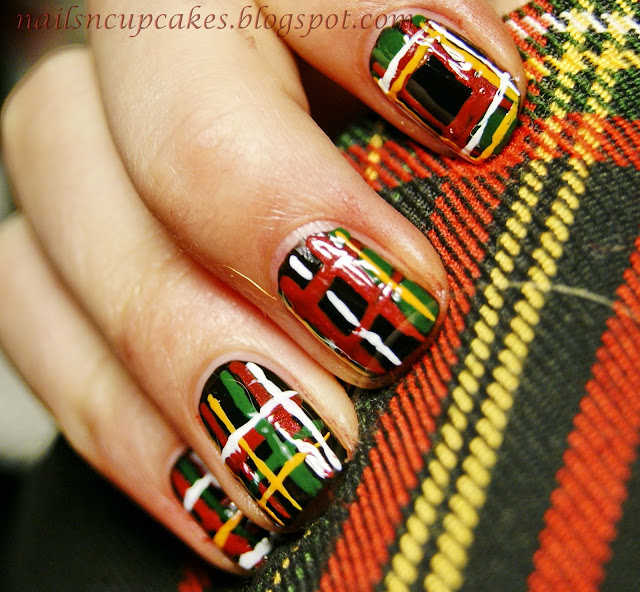 I have a bunch of photos for posts now, and hopefully the internet will be back over the weekend, I can't keep blogging at school. And ofc I won't be here over the weekend, hehe.
# What do you think of me plaid mani?
kl. 03:56