Even though it's old news for a couple of you, it doesn't make it any less awesome! Glow in the dark nailpolish, hello? How super cool isn't that?
Both OPI and China Glazes halloween collections this year consists of a glow-in-the-dark polish. I think China Glaze - Ghoulish Glow is pretty much transparent, and OPIs - Zom-body to love is more greenish. And I do love a good green so this is the one that cought my eye. 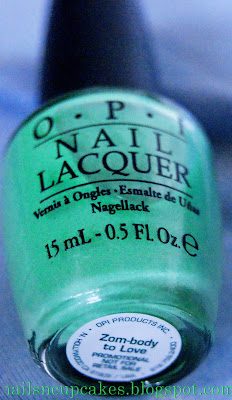 The color alone is pretty cool. Very apple-green. But it's ridiculous sheer, not ment to be worn alone in other words. It's like 5 coats on these photos. But I love the color so much! 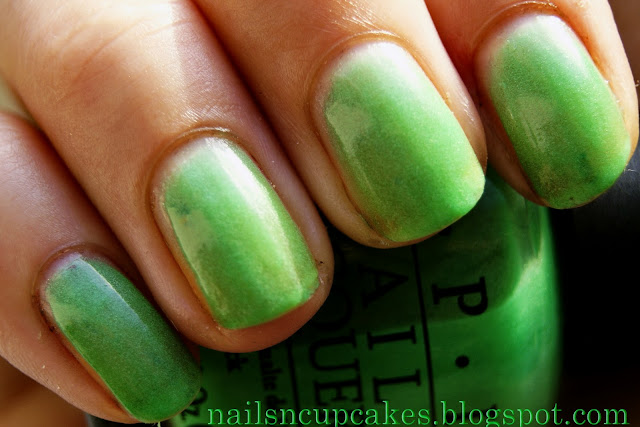 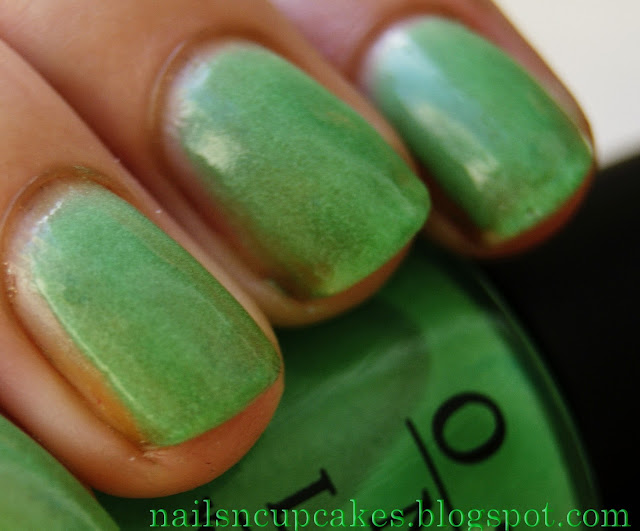 Beside it being too sheer, it has little corns in it, the glow in the dark particles. I actually think it's a pretty cool effect.

I didn't take any pictures of it glowing in the dark by itself. On these photos it's layerd over my purple spiderwebs. Very cool effect! 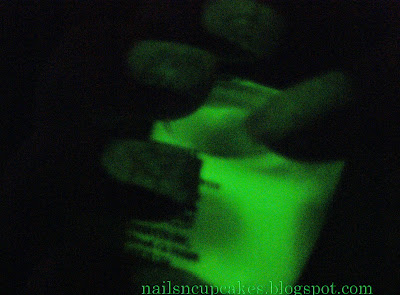 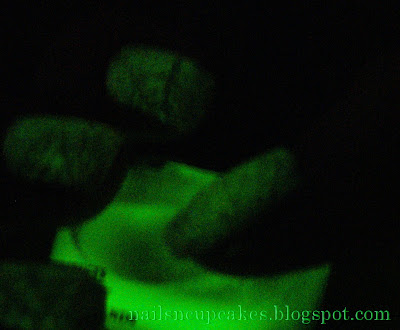 Haha, I had major problems photographing these nails!

# Have you gotten any glow in the dark polishes for this halloween?
kl. 13:18

Email ThisBlogThis!Share to TwitterShare to FacebookShare to Pinterest
Tags: halloween