Comparison of Models own - Golden green and Chanel - Peridot

After first swatching Golden Green I though it would be kinda similar to Peridot, but I'm very happy to say that I was wrong.
Peridot has undertones in kobber and orange, and Golden Green is all green and yellow. Golden Green is a lot more duochrome, but it doesn't quite have the same magic as Peridot has. 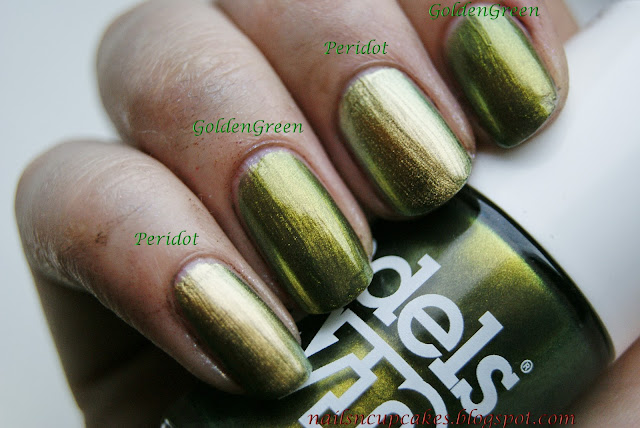 Another thing is that I had problems with Peridot reacting with top coats and shrinking( all top coats, not just Seche Vite) Golden Green on the other hand, I had no problems with. They both try a little metallic, but Peridot is more frosty in the finish. 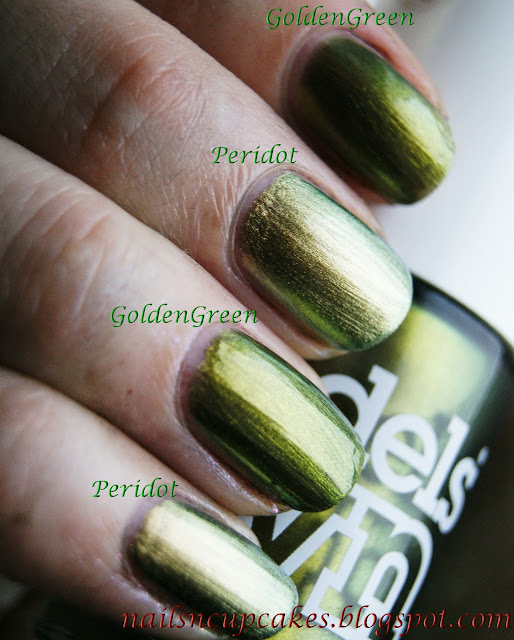 I can't decide which one I like the most, they are both pretty in their own way!

When I was wearing Peridot to my aunts house she saw my nails and instantly ran to the kitchen to get a box of spice. The background color looks a lot like peridot! I realize now that it looks even more like Goldengreen though, fun! This is a Norwegian spice called Gastromat. 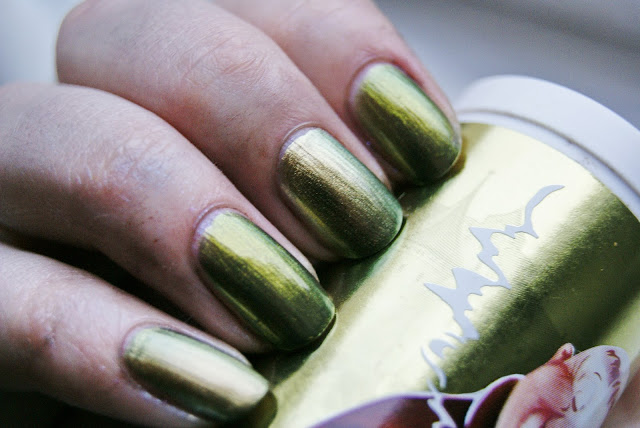 Do you agree that it's similar?

I don't think there will be any more posts before I come home from San Fransisco... But I hope you all are doing good and had a great Christmas!
kl. 08:30